Iñigo Iturrate travels to Colombia to analyse the Human Rights situation and support the peace process.

The EAJ-PNV MP is part of Basque delegation that will spend a week analysing the situation of a pro-Human Rights activist who sought temporary asylum in the Basque Country after receiving death threats in his country. The mission will also meet with political and institutional representative to see what progress is being made with the peace process. 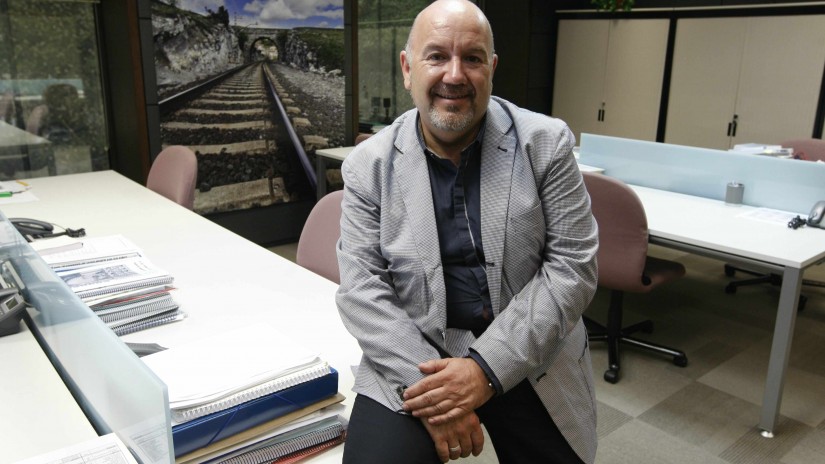 Iñigo Iturrate is one of the members of the Basque delegation that is travelling to Colombia today to monitor the situation of the Richar Nelson Sierra, the human rights activist.  He was granted temporary asylum in the Basque Country due to the persecution and harassment that he suffered in his country as the result of his work in defending the territory and human rights of his community. The delegation will monitor how his return to Colombia is progressing and if there continues to be any risk to his life.  It will also express the institutional support for all those people who are currently being hounded for their activism and their denouncing breaches of fundamental rights.

“This year marks the 70th anniversary of the Universal Declaration of Human Rights. During this time, the foundations have been laid for a fairer, free and peaceful society, but the threats continue and Colombia is a clear example in that regard,” stressed the Basque Nationalist MP. In Colombia, Just last year alone, 170 human rights defenders and land claimants were murdered under the common denominator of impunity. This fact, he added, is sufficiently serious to deserve all our attention, work and endeavour. “We are bound to fight for our rights, but also for those of other people; for the rights of those living beside us and those who are thousands of kilometres away. We have come to Colombia to learn about Richar Nelson’s personal situation, but also to act drive by commitment and awareness-raising”. The delegation will hold different meetings with institutions, political representatives, the diplomatic corps and social organisation to disseminate the Basque Temporary Asylum Programme for human rights defenders and call on them to strengthen the prevention,  support and protection mechanisms.

The meetings that the mission will hold in Colombia will also be an opportunity to discuss directly how the peace process is progressing and the challenges and difficulties that are occurring. Iturrate believes that this trip can be a “magnificent opportunity to share experiences regarding peacemaking and coexistences, even though the Basque and Colombian situation are very different". The Basque Nationalist representative will pass on to the authorities and political representatives the EAJ-PNV support for this process and the hope that it will be successful. “Colombia is moving on from an armed conflict that has lasted for over half a century and where there have been thousands of victims. It is now experiencing a time of hope of transformation; with problems that require a great deal of dialogue, much determination and also a long time”. Iturrate trusts that the talks will resume and the parties - the Colombian Government and the National Liberation Army (ELN) – will open up channels for dialogue to consolidate the peace in the country.