Ortuzar urges Europe to provide a “solution and accommodation” for national realities that “neither fragment it nor break it apart, but instead enrich it”

The chairman of EAJ-PNV‘s central committee, the Euzkadi Buru Batzar (EBB), and vice-president of the EDP has affirmed in Rome that these realities, such as Euskadi-The Basque Country, “neither fragment it [Europe] nor break it apart, but instead enrich it” 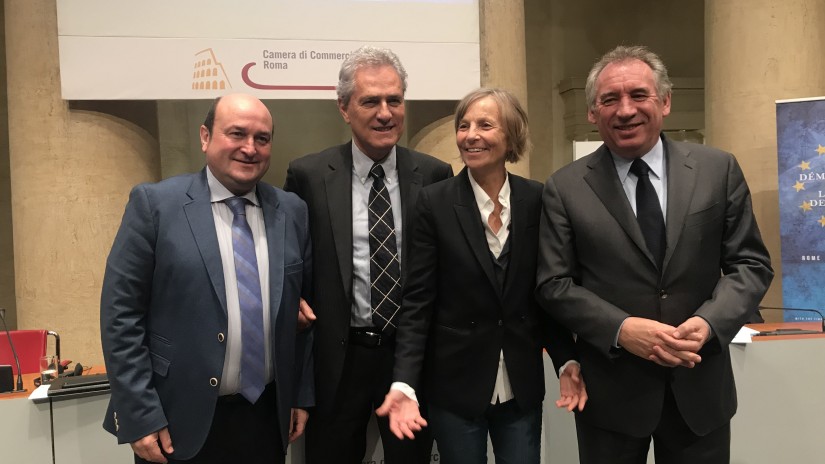 Andoni Ortuzar, chairman of the Euzkadi Buru Batzar, has called upon the European Union to provide “a solution and accommodation” for its national realities “with historical and cultural roots and a European vocation”. Realities such as Euskadi-The Basque Country, which “neither fragment it nor break it apart, but instead enrich it”. In his capacity as vice-president of the European Democratic Party (EDP), Ortuzar has participated, in the council the party has held in Rome. Ortuzar has been part of an EAJ-PNV delegation that has also involved the Basque First Minister, Lehendakari Iñigo Urkullu; Joseba Aurrekoetxea, the burukide, or party leader, responsible for the Area of Organisation; Mikel Burzako, the burukide responsible for the Area of International relations; and José Mari Etxebarria, the head of the national party’s Foreign Affairs Committee.