Ortuzar sums up positively his trip to Mexico: “Political and economic relations are guaranteed for the future” 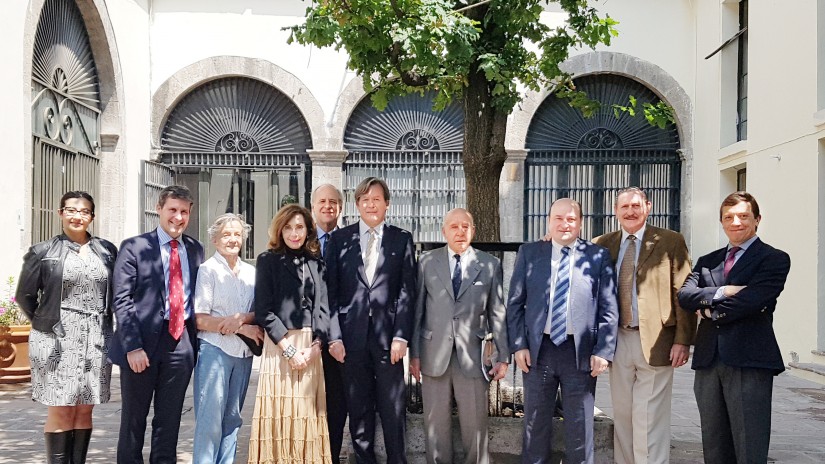 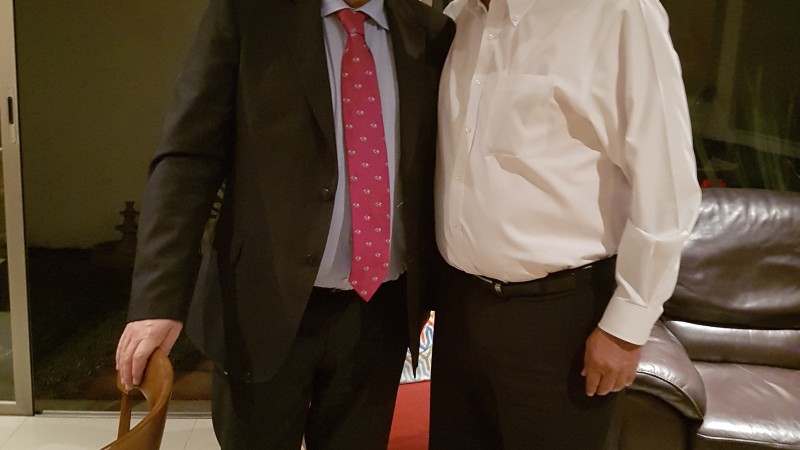 “The trip to Mexico has served to consolidate and guarantee political and economic relations with this country for the future,” is how the Chair of Euzkadi Buru Batzar, Andoni Ortuzar, summed up his five-day visit to Mexico in his double positions as head of the jeltzale group and Vice-chair of the Partido Demócrata Europeo (PDE). “The Mexican political and economic representatives have shown that they are in favour of tightening relations with Europe and with the Basque Country at a time in which the restrictive policies of Donald Trump are encouraging a search for new areas of collaboration," he stated. The Chair of EBB and the burukide responsible for the International Area, Mikel Burzako, started their return to the Basque Country in the early hours of yesterday, arriving early this afternoon. Tomorrow, both will take part in the weekly meeting of the EBB.

The visit to Mexico by Ortuzar and Burzako occurred at an especially important moment in the Mexican political panorama, a few days before the start of a long three-month electoral campaign which will finalise with elections on 1 July to elect the President of the Republic and to renew a large part of the legislative chambers, one third of the Governorships and almost all the mayoralties in the country. A total of nearly 3,500 institutional positions will be elected by a census of 85 million voters, circumstances that have never converged until now.

“The Mexican political panorama is more open than ever and our mission arrived at a very timely moment since the candidates for the presidency are preparing their political proposals for the campaign. This has allowed us to get to know their aspirations at first hand and introduce the European theme and their bilateral relations with the USA into their agenda as well as offering them collaboration with the PNV in the next six years, the period covered by the new legislature," stated Ortuzar. The jeltzale leader confessed that he was surprised by the complexity of the current Mexican political situation and the uncertainty of the results, with various parties in crises, new coalitions, veteran candidates against new ones and a strong sensation that a political change is approaching. “This is why it is so important to have made contact with the four main options and to have set up early contact with all of them," emphasised the jeltzale leader. Ortuzar declared himself very satisfied with the warm welcome from all of them and their willingness to tighten relationships in the near future.

During these days, the Chair of the EBB met with Andrés Manuel López Obrador, Chair of Morena (Movimiento Regeneración Nacional) and the leading favourite according to surveys of victory in the presidential elections on 1 July, with Damián Zepeda, Chair of the PAN (Partido de Acción Nacional), with Mikel Arriola, a descendant of Basques who aspires to the leadership of the government of Mexico City for the PRI (Partido Revolucionario Institucional) and with Margarita Zavala, former First Lady of Mexico and candidate for the Presidency leading an independent candidature. "All of them have valued the central position of our party in Basque politics and our high capacity as intermediates in the ambit of the Spanish state and the European Union," emphasised Ortuzar. A vision of EAJ-PNV and of the opportunity that Europe offers them which is also shared by the Mexican businessmen with whom the Chair of the EBB met last Thursday. "Worried as they are by a possible closure by Trump to Mexican exports, not for nothing as 80% of them go to the United States, I encouraged them to look to the European Union as a possible market and also as a point for their investments. And, logically, I spoke to them about the Basque Country as the best gateway to Europe," stated the jeltzale leader.

The Basque colony, in transformation

The visit by Ortuzar and Burzako to Mexico also served to strengthen contacts and tighten connections with the important Basque diaspora in the country. A meeting with representatives of Basque companies situated there, a visit to the Colegio de las Vizcaínas, the oldest lay education institution in Mexico with 250 years of history, a conference in the Euskal Etxea and a meeting with EAJ-PNV members in Mexico were the activities carried out to enhance the vitality of Basque culture in Mexico. "We can state that Basque culture enjoys good health in Mexico. The implanting of Basque companies in a good part of its geography, an important and numerous position of Basque gastronomy among the best restaurants in the capital and the arrival of various dozens of young Basques to work there have renovated and revitalised the Basque presence in Mexico," stated Ortuzar with satisfaction. "It is a diaspora in the process of transformation. The Basque roots in Mexico are embedded in history as can be seen in the Colegio de las Vizcaínas. From the Conquista, the later independence and the arrival of political exiles after the Civil War, there has always been flourishing Basque representation. Now the accent is on the economy and industry but the Basque footprint is flourishing in Mexico," concluded Ortuzar.