Administrative and bureaucratic obstacles placed by the Government of Angola have stopped the EAJ-PNV spokesperson in the Senate, Jokin Bildarratz, from attending the presidential elections, the most important ones in recent times, to be held tomorrow, 23 August, in his capacity as international observer in this African nation. 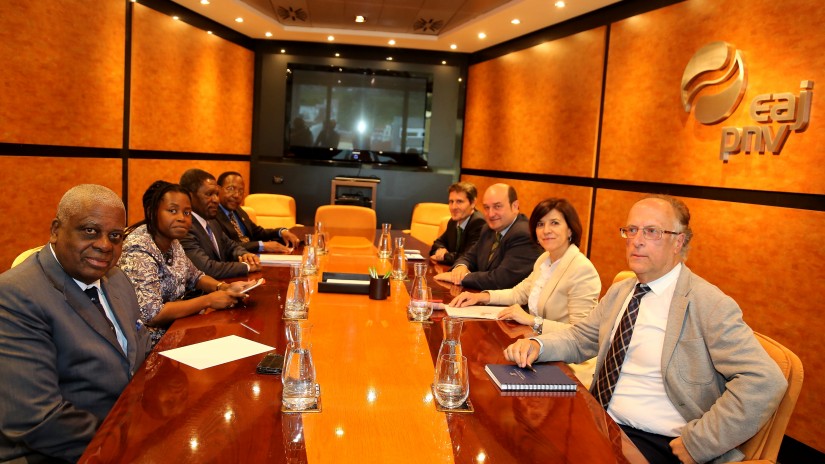 The MPLA’s forty uninterrupted years in power have led to ingrained institutional corruption in the public sector and have plunged Angola, one of the richest countries in Africa in terms of natural resources, into a profound economic crisis.

In May this year, a delegation from UNITA, the main opposition party, headed by its President and presidential candidate, Isaias Samakuva, held talks with Andoni Ortuzar at Sabin Etxea to discuss the country’s serious political situation.

Constitutional breaches, the persecution of the main opposition parties, and the constant manoeuvring in this electoral process make it difficult to guarantee that these elections will be truly free, fair and democratic.

EAJ-PNV has first-hand experience of this situation, in which the administrative and bureaucratic obstacles placed by the Government of Angola have blocked the presence these days in Luanda of Jokin Bildarratz, in his capacity as international observer, responding to an invitation received from André da Silva Neto, President of the National Electoral Commission.

The international political community’s scarce presence on the ground is further proof of this situation, whereby there is a pressing need for the European Union to act as the main guarantor of fair and transparent electoral results.