Mikel Burzako, the head of the EBB‘s Department of Foreign Affairs, has travelled to the city of Erbil to attend the independence referendum 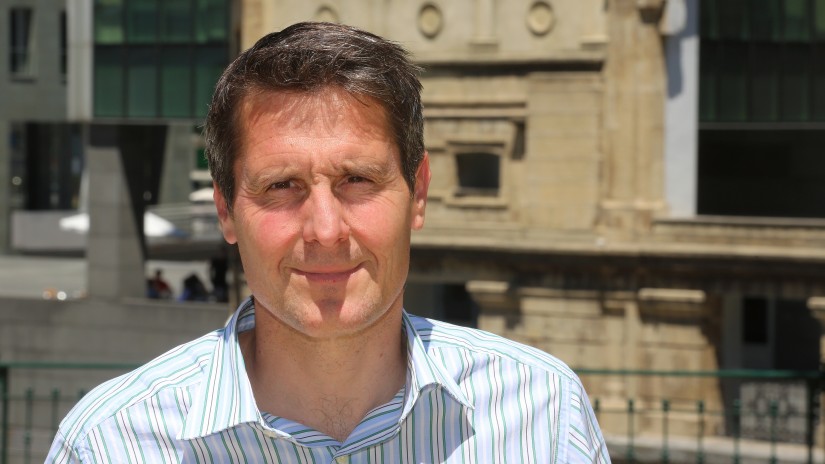 The burukide responsible for the Foreign Affairs area of Euzkadi Buru Batzar, Mikel Burzako, has visited the city of Erbil to attend the independence referendum to be held on Monday, 25 September. The Kurds are one of the largest stateless groups in the world, with a population of some 35 million between Turkey, Iran, Iraq and Syria, mainly.

The Kurdish people have maintained their aspirations of independence since the failed Treaty of Sèvres (1920) in which the Allies recognised the independence of Kurdistan as thanks for the help provided during World War I but it never went into force. In Iraqui Kurdistan, which has enjoyed autonomy for 14 years, President Barzani has called an independence referendum for 25 September, once the Islamic State has been defeated in the territory by the Kurdish troops with the support of the United States. Barzani calls his people to a consultation conditioned by the serious deterioration of the economic situation and the lack of protection from Baghdad. “This referendum will not have immediate administrative effects,” stated Burzako. “It is rather to show the world that Kurdistan wants independence and, from there, to open a process of negotiation that could take various years and that requires the protection of the international community,” he added.

The Basque National Party is in Erbil these days to support the right of the Kurdish people to hold legitimate national aspirations and to express them democratically as well as to tighten the links of solidarity between the Basque and Kurdish peoples. "The relationships of the Basque National Party with Kurdistan date back to the time of Irujo and Landaburu, who already defended the right to the self-determination of Kurdistan," stated Burzako. These links were especially intense with Iraqi Kurdistan, especially during the period of Saddam Hussein, who ordered various campaigns of destruction against the Kurdish civil population, causing more than 150,000 deaths. The bloody bombing with chemical arms of the city of Halabja is of ill-fated memory, the Mayor of which spent April in the Basque Country to take part in the commemorative acts of the 80th anniversary of the bombing of Guernica. Burzako visited Erbil at the invitation of the Government of the Autonomous Region of Kurdistan.