The burukide Ana Esther Furundarena, the MEP Izaskun Bilbao, and the president of FUEN, Loránt Vincze, call upon euskaltzaleak - Basque nationalists to add their signatures to ‘Minority SafePack‘, a European Citizens‘ Initiative in favour of true and effective linguistic diversity. 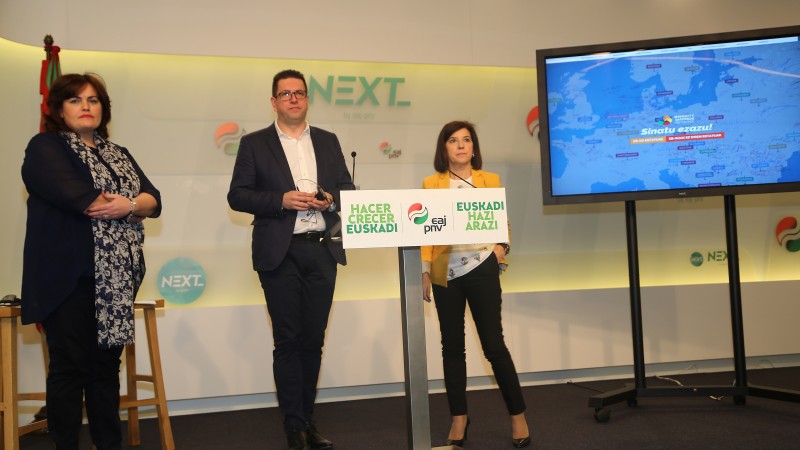 The burukide Ana Esther Furundarena, a member of the Euzkadi Buru Batzar and head of the Area of Culture, accompanied by Izaskun Bilbao Barandica, the vice-president of the Alliance of Liberals and Democrats for Europe (ALDE) and national party MEP, and the president of the Federal Union of European Nationalities (FUEN), Loránt Vincze, have announced in Bilbao a campaign designed to petition the European institutions for binding legislation to protect the rights of more than 50 million EU citizens that belong to national minorities. The European initiative called ‘Minority SafePack’, which has now been up and running for several weeks and targets the collection of a million signatures in at least seven EU states by this April, is the means chosen to boost this measure. Signatures may be added at: http://www.minority-safepack.eu