Dialogue for Catalonia and a general increase in pensions, the keys to EAJ-PNV’s support for the State Budgets in 2018 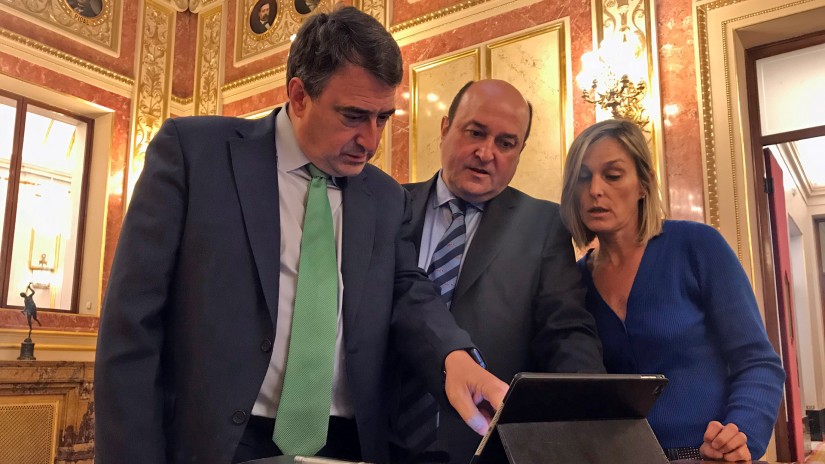 A substantial increase in pensions across the board and a firm commitment to the launch of a new political scenario in Catalonia. These two demands made by EAJ-PNV have been accepted by the Spanish government, whereby the Basque National party will not be supporting the amendments to the whole that other opposition parties have presented against the draft bill for the State Budgets. This does not in any way mean EAJ-PNV is going to vote in favour of the State Accounts. EAJ-PNV will file a batch of amendments to the whole, logically including its demands for a substantial increase in pensions, as well as numerous others of a diverse nature. From then on, the party will carefully monitor events in Catalonian politics as they unfold. Buying time for the formation of the Catalan government, the Govern, which will revoke the application of the Spanish Constitution’s article 155 and return the Catalan institutions to the control of the people’s rightful representatives is precisely one of the goals pursued and achieved by the decision adopted by EAJ-PNV and announced by Aitor Esteban, its spokesperson in the Spanish parliament, the Congreso de los Diputados.