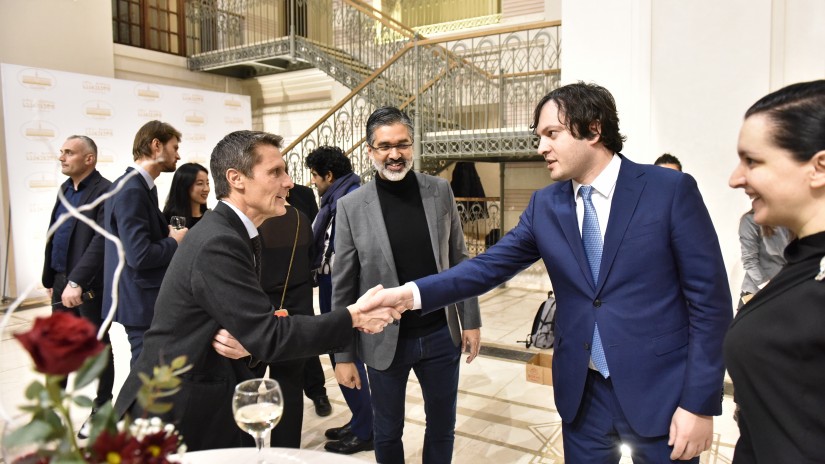 This coming Sunday, 16 December, the burukide for Foreign Affairs in the Basque National Party’s Central Committee and member of the European Democratic Party’s Political Committee, Mikel Burzako, is to attend the inauguration ceremony in Telavi for Salome Zurabishvili, Georgia’s president-elect, on the invitation of her party, Georgian Dream. Zurabishvili has been Georgia’s Minister for Foreign Affairs, chaired the group of experts attending the UN Security Council’s Sanctions Committee on Iran and, to date, served as an independent member of the Georgian Parliament.

The Basque Government sent its first delegation to Georgia in 1996. As a result of that visit, the Ertoba (“unity” in Georgian) Basque-Georgia association was founded, being then introduced in the Basque Autonomous Community’s three regional capitals with the aim of bringing the two countries closer together. With a view to refreshing and strengthening this relationship, Burzako will be attending Salomé Zurabishvili’s swearing-in ceremony. The Basque National Party (EAJ-PNV) and Georgian Dream share a clear and unequivocal commitment to Europe, and therefore have an important role to play within the EU.

Burzako has affirmed “the Basque and Georgian people are linked by historical ties. There are not just cultural relationships between us: the common language tree has traditionally brought these two lands together”. During the 1980s and 90s, the local authorities of Bilbao, Vitoria-Gasteiz and Donostia-San Sebastian were twinned with Georgia’s main cities: Tiblisi, Kutaisi and Batumi. Furthermore, in September this year delegates from the Georgian party attended the Alderdi Eguna [Day of the Party] EAJ-PNV celebrated in Foronda.